We came here for lunch one week day before my meeting at I2R after LZ told me about this place nearly 2 years ago. I don’t really have the capacity for buffets anymore, which was why we never made it – they do have an a la carte menu though, but I wanted to try the regular things on the buffet. 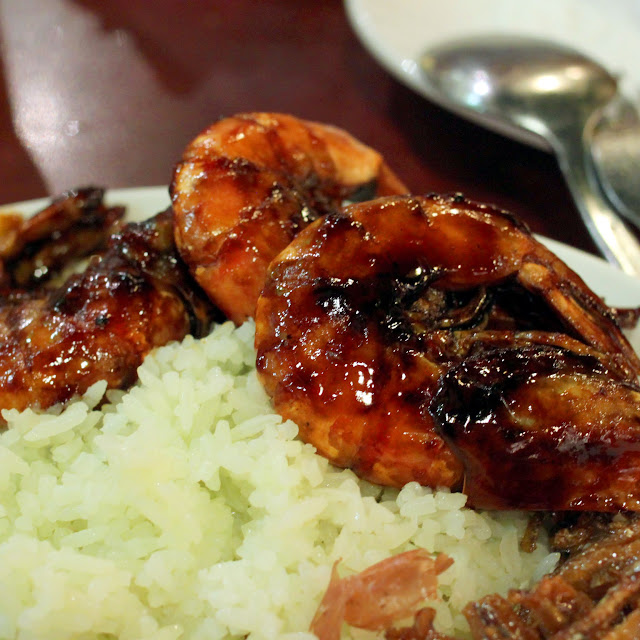 There’s a nasi lemak station but I think the meat changes every day. Sometimes it’s fried chicken, today it was black pepper prawns which were quite nice but kind of overcooked. 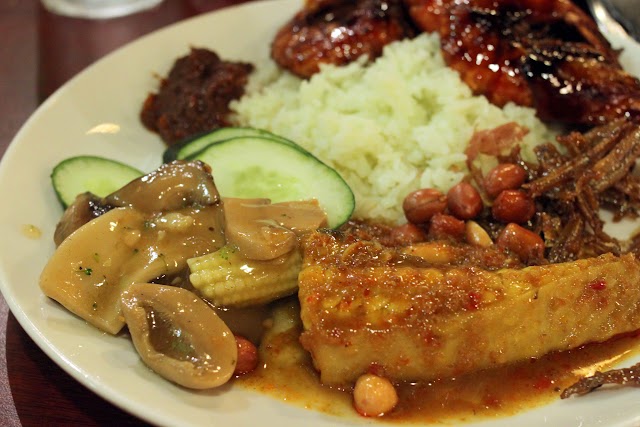 I didn’t manage to get a lot of pictures (hard to photograph a buffet unless I took the camera to the stations which I am somewhat self conscious about). They also had a gado gado station – you make your own salad with as much or as little vegetable, cucumber, egg, or peanut sauce as you want. A rojak station? But the rojak is premixed. There are two noodle stations on the side – one Penang Assam laksa station, where you blanche the noodles in boiling water and add your own ingredients and soup, and also a hay mee station, which I wanted to try but didn’t have time/space for. 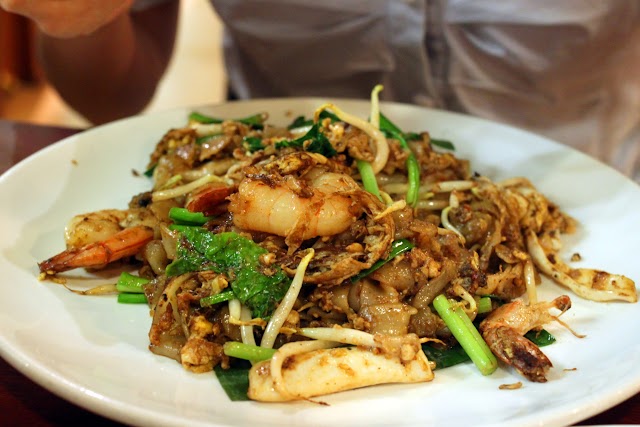 She’s really tiny so definitely would have even less capacity for buffets than me. Besides both she and LZ work here so I’m sure a lot of birthdays and farewells and promotions are celebrated here. The key incentive to pay $10 (about 50% the price of the buffet, which is $24.90++ if I’m not wrong) for an a la carte char kway teow (they also have a la carte nasi lemak and hay mee etc.) is that they cook it fresh, so it’s piping hot when it reaches the table. And their char kway teow is really good! 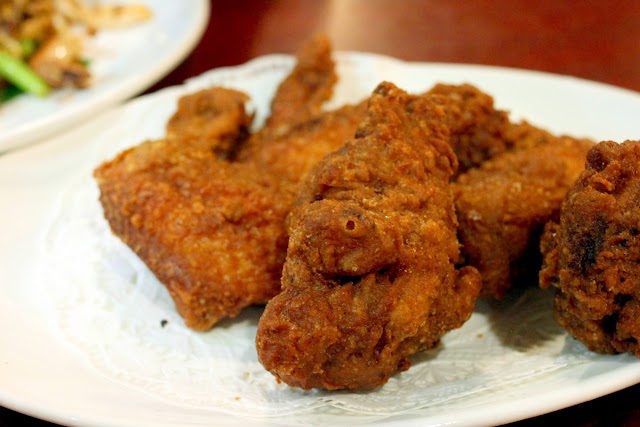 Even better fresh is the fried chicken, which has a really amazing breading. Sometimes they have it on the buffet stand but I didn’t see it that day. This is a must-have when you visit Penang Place.

Their dessert station has a lot of soupy things like pulut hitam and bubur cha cha, as well as a bunch of nyonya kuehs that I’m not really fond of. LZ really likes the green kueh filled with gula melaka and covered in shredded coconut though – not sure what it’s called. Ondeh ondeh? The rest of the kuehs are really filling.

One thought on “Lunch at Penang Place”