We brought C here to celebrate her birthday. Originally the booking was at Nuvo, which is just across the aisle, but apparently they only have prosecco buffets on sunday lunch! Lame. So of course we skipped off here, which has some appetizer buffet, but isn’t as pricey/inflexible. I would still like to try Nuvo’s a la carte some time though, I thought their menu was really interesting. 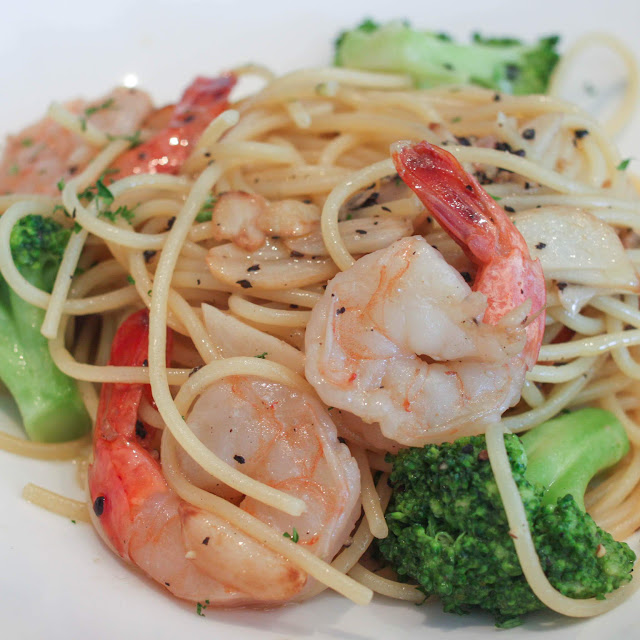 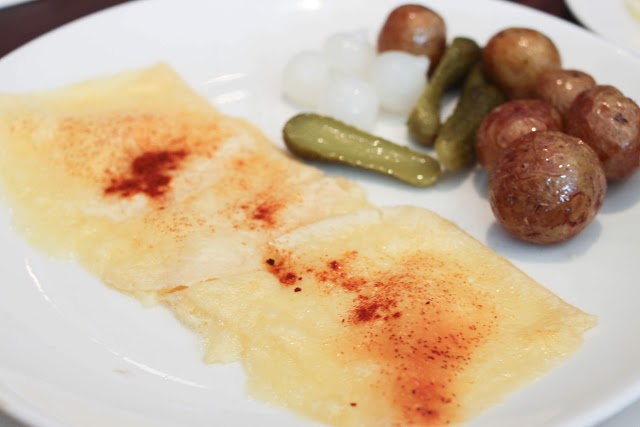 We also had the raclette with pickles, pickled onions, and potatoes, which I really liked. Could have been more generous with the cheese – the air con in this place was really cold so the cheese also wasn’t super melty. I really like the raclette on the rosti in Marche. 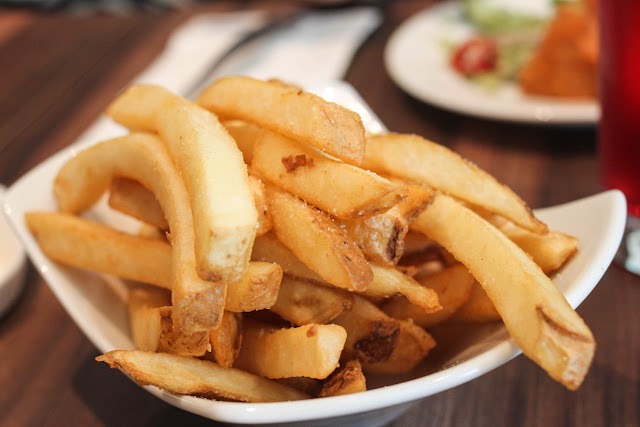 We ordered a side of Truffle fries; these were pretty good. 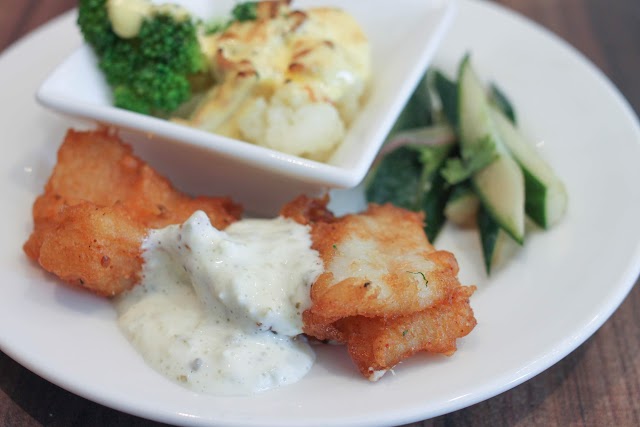 Fish tenders (from the appetizer bar). I liked these! They’re not particularly warm or fresh but would make good snacking food with a beer. 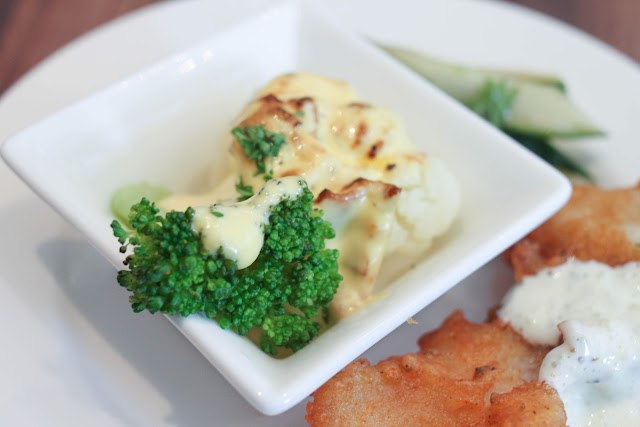 Baked broccoli and cauliflower (from the appetizer bar) The appetizer bar also has several salads, crostinis, and soup that changes through the day. The soup is rather meh though.

Given the execution of the lunch specials were not particularly mindblowing, I am skeevy of coming back here for the decidedly more expensive dinner entrees – will it really be that much better than the lunch/will the price point be justified?