This was a really quaint country kitchen (a little similar to a Denny’s) that had good reviews online so we popped by en route to Centralia on an antiquing trip. 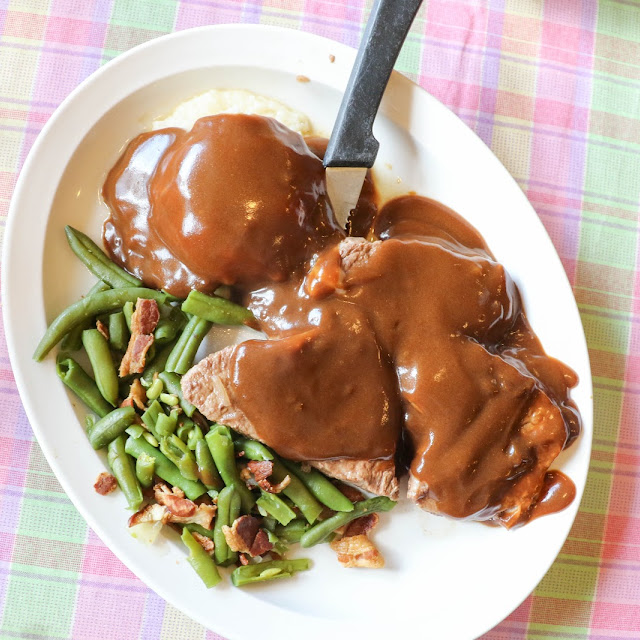 I ordered the pot roast, which was tender and had an average gravy, but not as tender as say the Pot Roast at Denny’s. The beans were cooked from frozen. 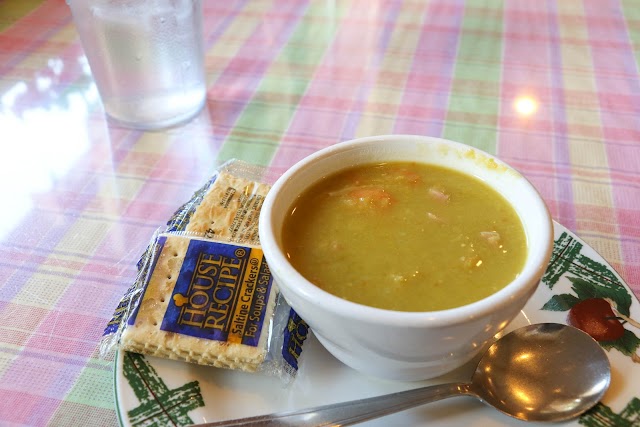 Their soup of the day was a split pea and ham that was thick and comforting. I really like the split pea soup at the Metropolitan Market, which tastes totally homemade and once they had a coupon for a BOGO soup deal :P Their split pea soup is also thicker than this. 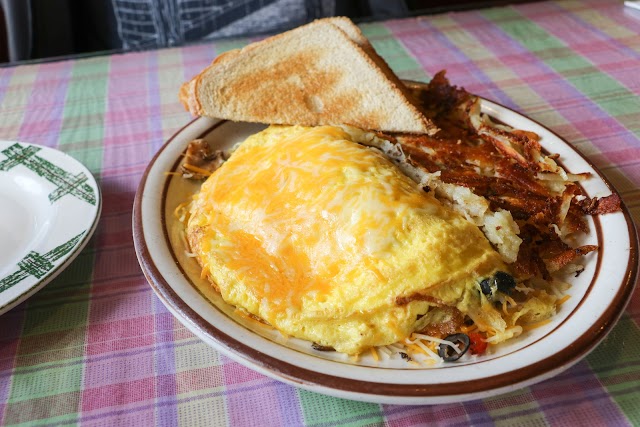 Z got a veggie omelet – which came loaded with cheese, with hash on the sides and a coupla slices of toast. 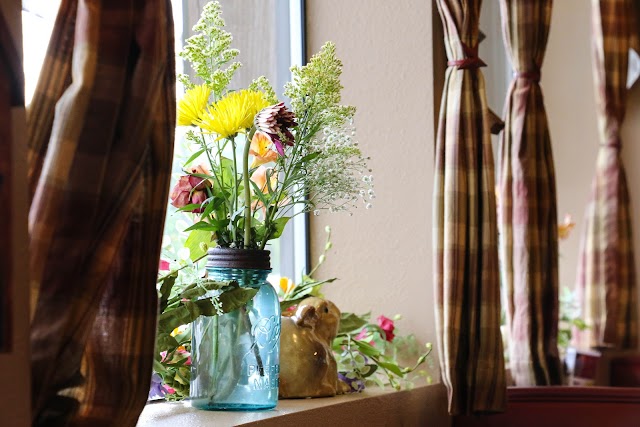 Fresh flowers in mason jar on the window sills. The decor here is really quaint and the place is filled with old people, I felt just like I was eating in a church hall, or like when we used to eat the post-church meal at Tab with the rest of the old people :P The food here is about average I guess, no better than say The Dish or any other breakfast nooks here. About equivalent to a Denny’s but with quainter staff.